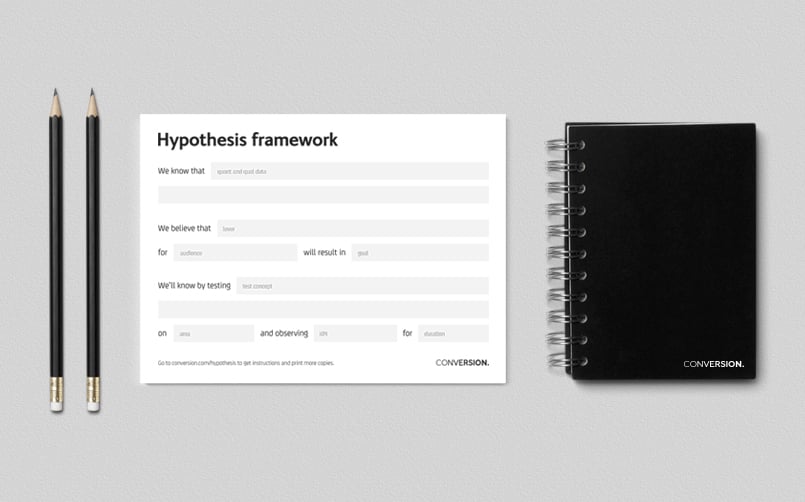 Experiments are the building blocks of optimization programs. Each experiment will at minimum teach us more about the audience – what makes them more or less likely to convert – and will often drive a significant uplift on key metrics.

But hypotheses can range in quality. In fact, many wouldn’t even qualify as a hypothesis: eg “What if we removed the registration step from checkout”. That might be fine to get an idea across, but it’s going to underperform as a test hypothesis.

For us, an effective hypothesis is made up of eight key components. If it’s reduced to just one component showing what you’ll change (the “test concept”), you’ll not just weaken the potential impact of the test – you’ll undermine the entire testing program.

That’s why we created our hypothesis framework. Based on almost 10 years’ experience in optimization and testing, we’ve created a simple framework that’s applicable to any industry. 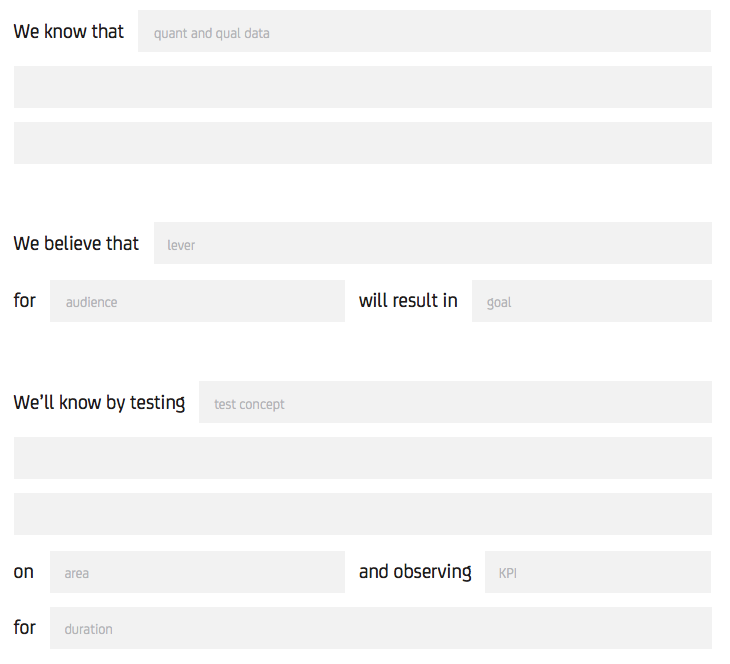 What makes this framework effective?

It’s a simple framework – but there are three factors that make it so effective.

What’s the data and insight that supports the test? This can come from a huge number of sources, like web analytics, sales data, form analysis, session replay, heatmapping, onsite surveys, offsite surveys, focus groups and usability tests. Eg “We know that 96% of visitors to the property results page don’t contact an agent. In usability tests, all users wanted to see the results on a map, rather than just as a list.”

What’s the core theme of the test, if distilled down to a simple phrase? Each lever can have multiple implementations or test concepts, so it’s important to distinguish between the lever and the concept. Eg a lever might be “emphasising urgency” or “simplifying the form”.

What’s the audience or segment that will be included in the test? Like with the area, make sure the audience has sufficient potential and traffic to merit being tested. Eg an audience may be “all visitors” or “returning visitors” or “desktop visitors”.

What’s the goal for the test? It’s important to prioritize the goals, as this will affect the KPIs. Eg the goal may be “increase orders” or “increase profit” or “increase new accounts”.

What’s the implementation of the lever? This shows how you’re applying the lever in this test. Eg “adding a map of the local area that integrates with the search filters”.

What’s the flow, page or element that the test is focused on? You’ll need to make sure there’s sufficient potential in the area (ie that an increase will have a meaningful impact) as well as sufficient traffic too (ie that the test can be completed within a reasonable duration – see below). Eg the area may be “the header”, “the application form” or “the search results page”.

The KPI defines how we’ll measure the goal. Eg the KPI could be “the number of successful applications” or “the average profit per order”.

Finally, the duration is how long you expect the test to run. It’s important to calculate this in advance – then stick to it. Eg the duration may be “2 weeks”.

This hypothesis framework isn’t limited to A/B tests on your website – it can apply anywhere: to your advertising creative and channels, even to your SEO, product and pricing strategy.
Any change and any experience can be optimized – and to do that effectively requires a data-driven and controlled framework like this.

Don’t forget – you can download printable versions of the hypothesis framework here. 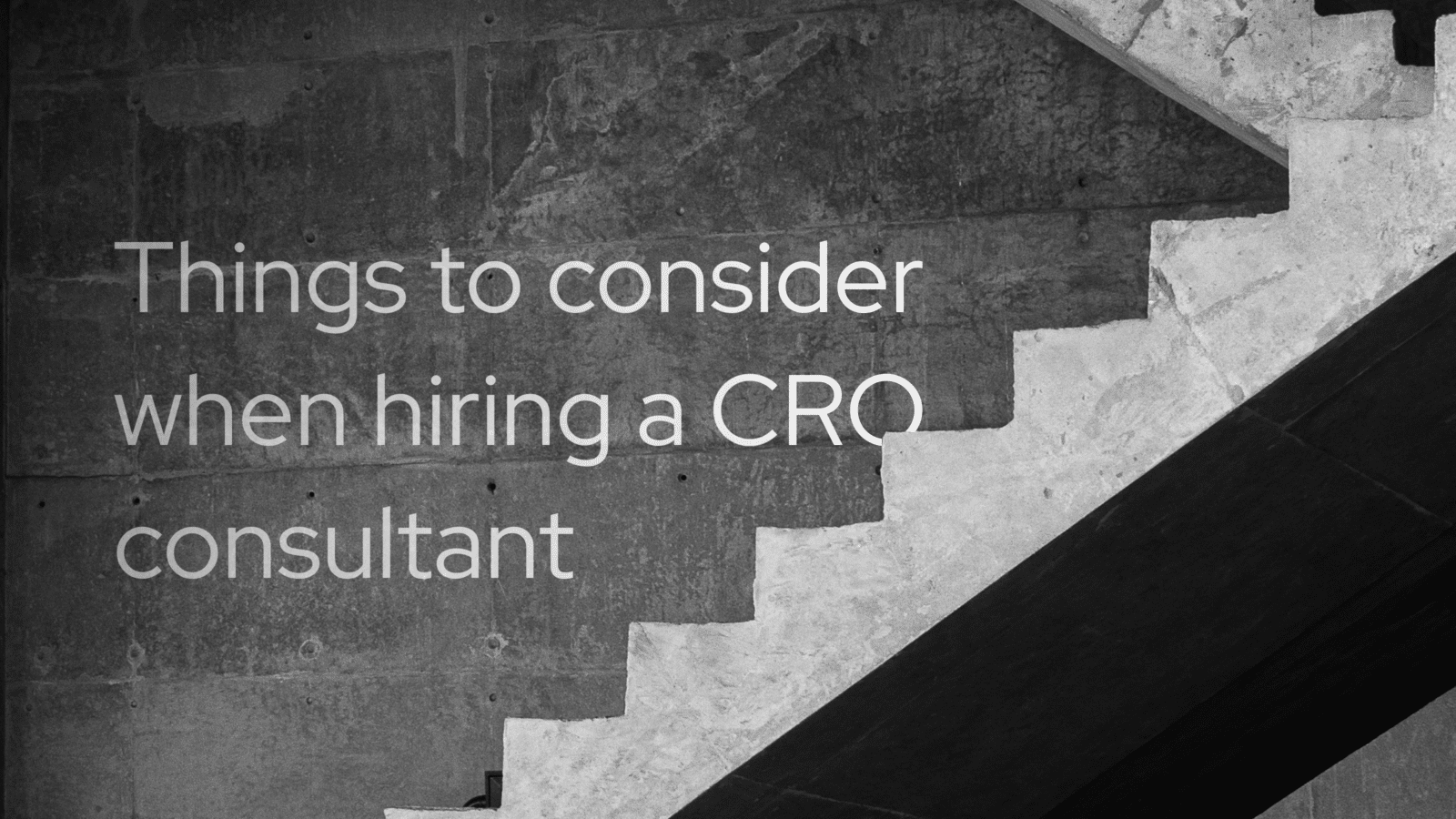 What does a CRO consultant do? Plus advice for hiring the right consultant for your program 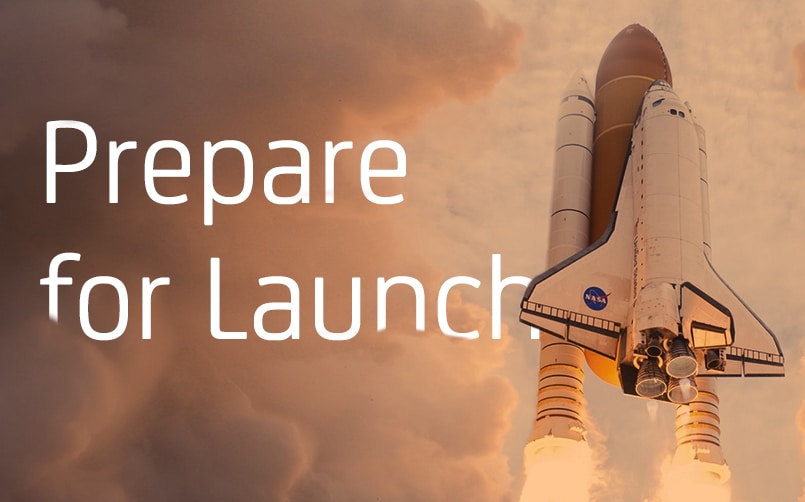 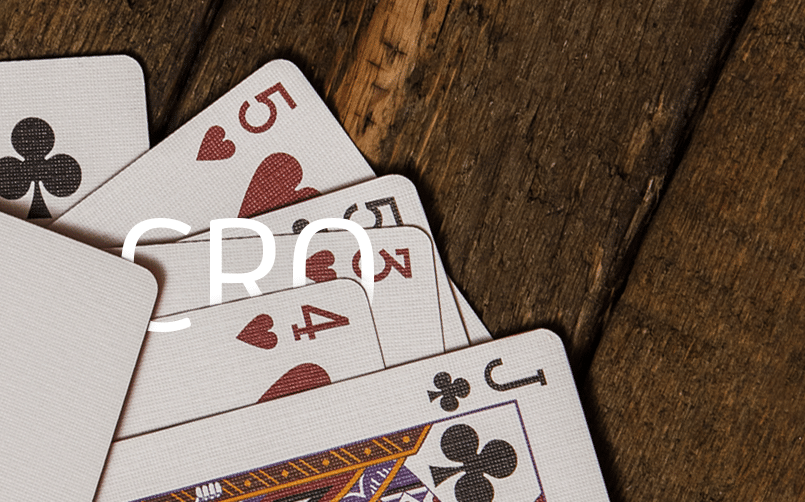